When you get booked to perform in Lake Como, you know it's going to be a memorable day. But we certainly weren't prepared for this...

Monday 29th May 2017 saw us take to the skies to perform at the beautiful Villa Passalacqua in Moltrasio, Lake Como. Everything about this day would have been perfect...except for the British Airways global I.T failure! When you wake up at the crack of dawn to find that your 10:00am flight has been cancelled, the heart does start to race a little.

We agreed to arrive at the airport to see what we could do. Our sound engineer Ron (also a fine bass player), from Mediagrove Productions, had made the long drive across the continent with all the backline gear and was already at the venue, along with our male vocalist Nick who was flying separately from Rome. We managed to get our drummer and the keyboard player on a flight around 10:00. These two combined with Ron and Nick, could at least form some sort of band.

The next thing was to get our guitarist Jamie and other vocalist Harriet out there - they did eventually get a flight, but not for another 7 hours! Finally, we needed to get our three horn players, our regular bass player and second sound engineer out. After running through security in an attempt to get on a flight (which we didn't make) and more time at the information desk, we had two final options. We could fly to Rome and get a connection to Milan - however it turned out the Rome flight (also BA) was delayed, so we would miss the connection. The final option was to get a flight to Bologna, get the train across to Milan and pick up our transfer from there - we would have made the gig, albeit a bit late. When all was looking lost, miraculously, the remaining five of us managed to get on a flight at midday!

The majority of us arrived at the venue and completed the soundcheck, all that was needed was Harriet and Jamie. With the clock ticking and the First Dance (Angels - The XX) fast approaching, believe it or not, they arrived...10 minutes before the start of the first set! All things considered it was a near impossible journey, and an absolute miracle that we all made it in time - all thanks to the fantastic work of the BA staff at Heathrow...we are eternally grateful!

We have to say, the guests did an incredible job of keeping this all secret from the Bride, as she only found out about an hour before we went on to play! A truly memorable moment however was when the Mother of the Bride greeted us as we arrived at the venue. The look of sheer joy but yet relief on her face was a really special moment.

Despite the horrendous journey, the gig itself was arguably one of the most memorable we have played. Partly the relief of just being there, but everyone including the guests really let their hair down. We all had such an incredible party together and were made to feel so welcome by the couple (Emma and Dan) and the guests.

Emma and Dan had picked a fantastic set list, with everything from Stevie Wonder, Michael Jackson, Beyoncé, Justin Timberlake, Rihanna and even our live Dubstep Medley - perfect for all the ravers in the crowd!

The venue was probably the most stunning we have been to. A 5* luxury villa in the beautiful

sunshine overlooking Lake Como - what more could one ask for?

We offer our congratulations and say a huge thank you to Emma and Dan for having us. A beautiful, friendly couple that laid on a spectacular day for their guests. We had such an enjoyable and memorable time, despite the chaos! It was a pleasure to work with The Lake Como Wedding Planner team, Holly Clarke Photography and AG Studio Videography.

Here's to many more...albeit with less chaos! 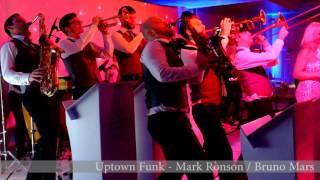 Noise Restrictions at Your Venue

Now You Can Blog from Everywhere!